JOHN GREENWAY AND FRANK HINKEY PLAYED OPPOSITE ENDS ON THE 1892-94 YALE VARSITY SQUADS. BOTH WERE LIFELONG FRIENDS, DATING BACK TO THEIR TIME AT PHILLIPS ANDOVER ACADEMY. BELOW IS A SMALL TRIBUTE TO John Campbell Greenway. This website couldn't be possible without the assistance of mr. greenway's great-grandson and my dear friend, will conroy.  thanks will!

John Campbell Greenway was born in Huntsville, Alabama on July 6, 1872, the son of Dr. Gilbert Christian Greenway and Alice White. He graduated from Episcopal High School at Alexandria, Virginia, then entered Phillips Andover Academy at Andover, Massachusetts. He attended the University of Virginia and from there went to Yale University (Sheffield Scientific School). He played right end on the Yale football teams of 1892-94, opposite Frank Hinkey. He graduated with a PhB and was voted senior class president and "Most Popular Man". He was also an outstanding catcher for the famous "Dutch" Carter on the varsity baseball nines of those years. 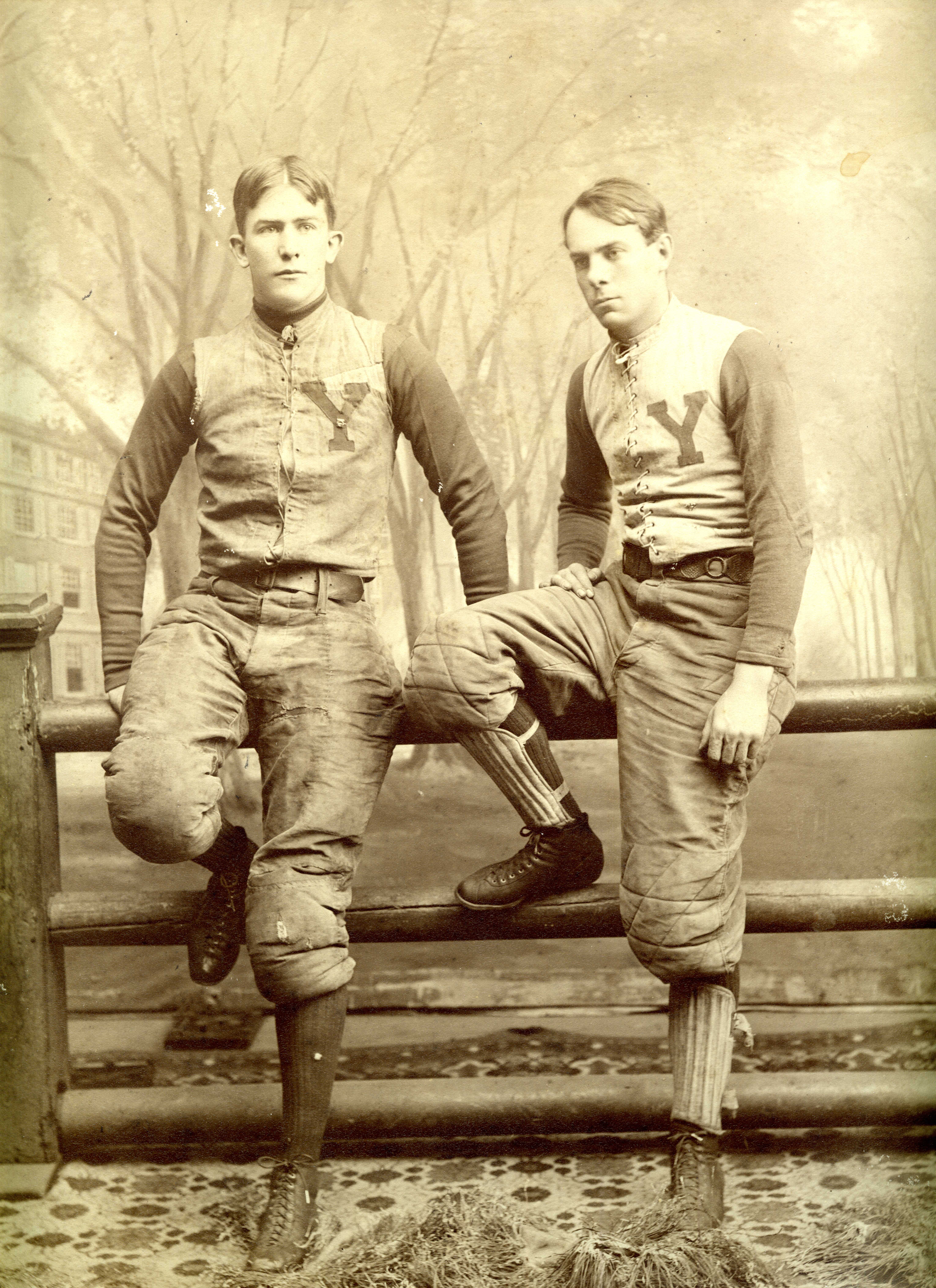 After a brief mining career, he enlisted as a private in the famous Rough Rider Regiment, of which Theodore Roosevelt was colonel. He served throughout the war with his regiment and was twice promoted, on one occasion for "bravery and gallantry in action". He was promoted to Second Lieutenant, and at the battle of San Juan Hill was advanced to First Lieutenant because of the extraordinary courage displayed by him in that historic engagement. He was also recommended to Congress by Colonel Roosevelt for the brevet of Captain. In his history of the "Rough Riders," Colonel Roosevelt paid a splendid tribute to Captain Greenway, referring to him as"A strapping fellow, entirely fearless, modest and quiet, with the ability to take care of the men under him so as to bring them to the highest point of soldierly perfection, to be counted upon with absolute certainty in every emergency ; not only doing his duty, but always on the watch to find some new duty which he could construe to be his, ready to respond with eagerness to the slightest suggestion of doing something, whether it was dangerous or merely difficult and laborious."

He earned a Silver Star for his courageous service at the Battle of San Juan Hill.  After the  war, Greenway resumed his mining career with U. S. Steel Corporation where he led  the development of the Western Mesabi Iron Ore Range in Minnesota.  He moved to Bisbee, Arizona in 1910 to become General Manager of the Calumet & Arizona  Copper Company. He was later named General Manager of New Cornelia Copper  Company (NCCC) and the Cornelia & Gila Bend Railway.  He eventually built the town of Ajo, Arizona, where he developed a highly profitable copper mine territory. 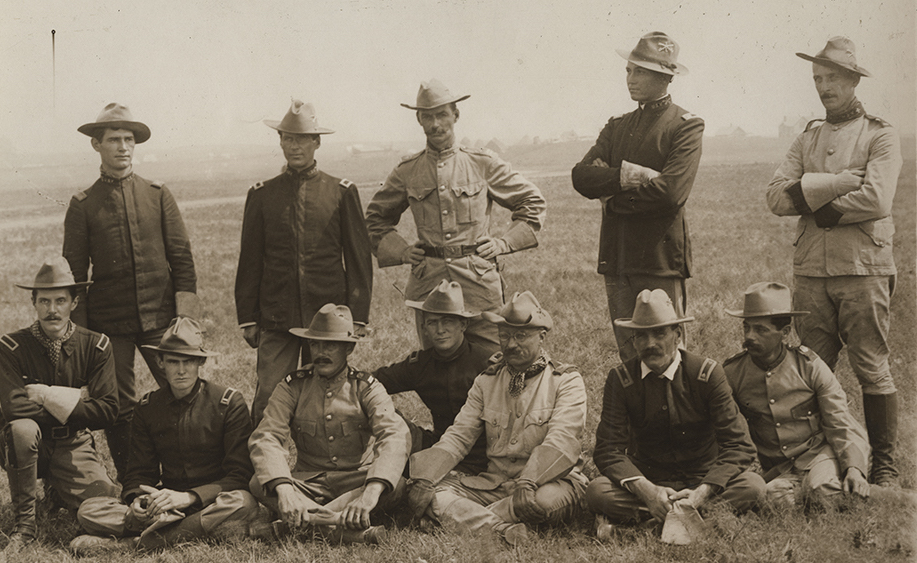 Roosevelt Rough Riders. John Greenway is to the immediate left of Theodore Roosevelt.

Greenway returned to the military in World War I, and for bravery was awarded the Croix de Guerre and l’Etoile, the Legion of Honor and the Distinguished Service Cross.  Theodore Roosevelt described Greenway as one of two or three men he turned to when there was a need to find a man for a duty of particular hazard or peculiar responsibility.  John Greenway continued to be active in business until his death on January 19,1926 in New York City. A eulogy in the New York Herald Tribune said, "When Greenway came upon the field of athletics or war, confidence ran through team or regiment. To know why, to analyze the reasons, would be to analyze life itself, but some of the component elements all men know -- courage, leadership, common sense, unselfishness, loyalty, mercy. All these Greenway had." 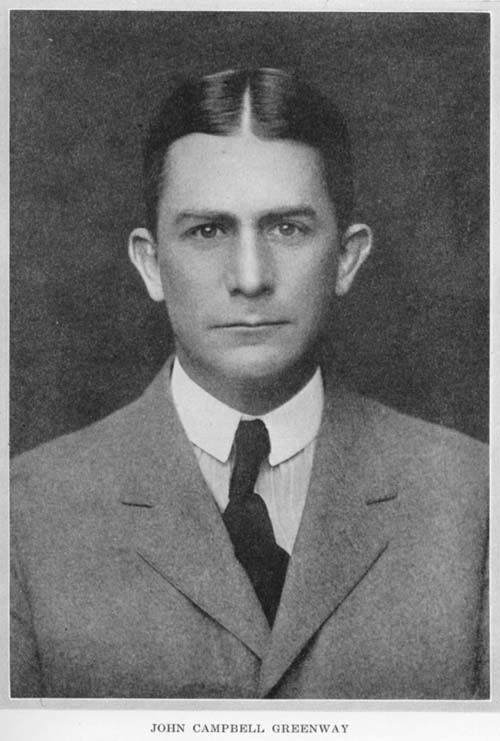