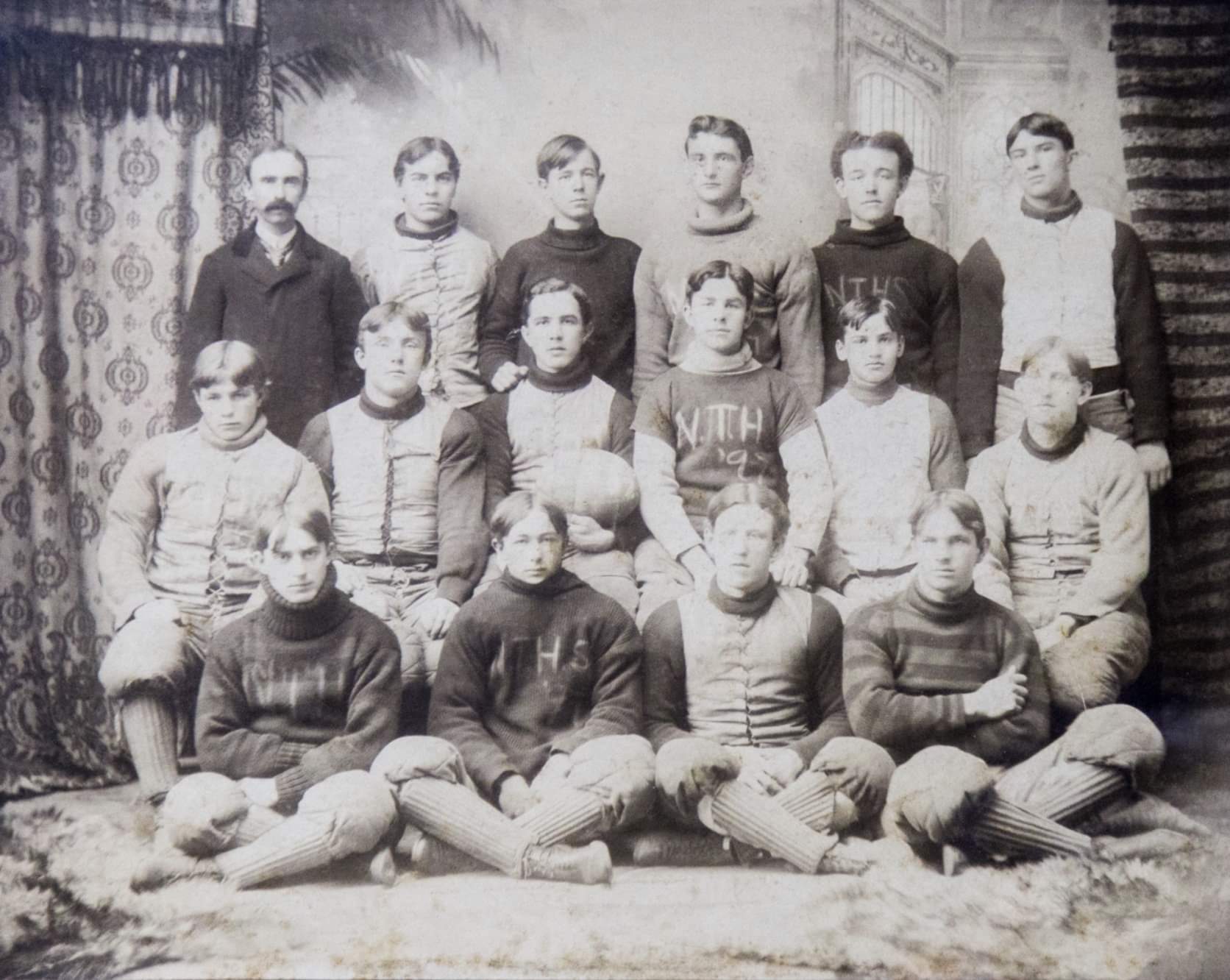 Eastern Players were Heavily Handicapped by the Great Difference in the Weight of Players.

Detroit, Mich., Dec. 25 – The pride of North Tonawanda fell before the terrible onslaughts of Madison’s eleven and lost the chance of bringing the high school championship of the United States home.  The score was 14 to 0.

The defeat by no means casts discredit upon the North Tonawanda eleven as they played a game that was marvelous considering the superior weight of the Madison eleven.  The game today which was played on the Detroit Athletic Association grounds, was to decide whether the title of the high school football championship of the United States belonged to East or West.

In point of attendance the game was a failure as not more than 700 people witnessed the game, but it was pronounced by all who witnessed it, one of the best games of football ever played on the grounds of the Detroit Athletic Association. 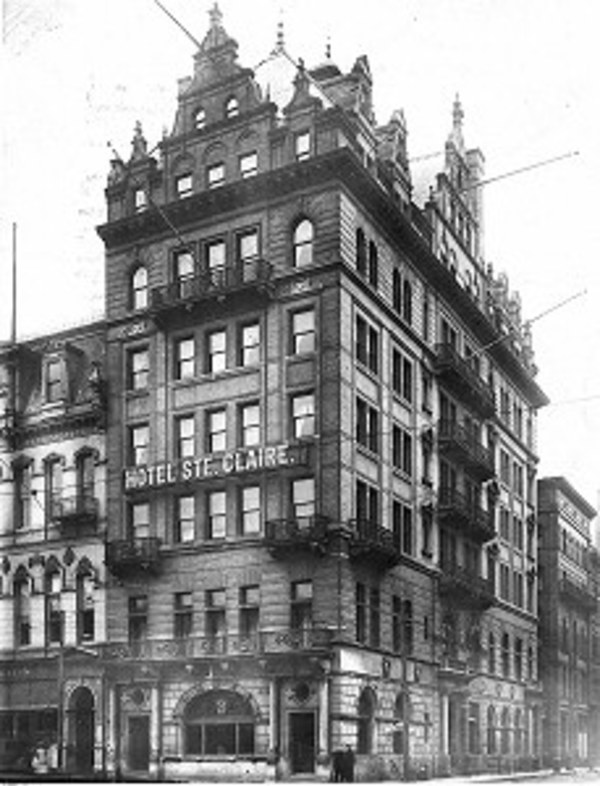 Of the two elevens this city was inclined to favor the North Tonawanda boys and their colors, the red, white and blue, were worn by hundreds of Detroit’s citizens.  The St. Claire Hotel, the headquarters of the North Tonawanda delegation was crowded with friends, all the morning, and Coach Frank Hinkey came in for considerable attention.  The Madison eleven, whose headquarters were at the Wayne Hotel, were quite reticent regarding publicity and were kept behind closed doors until the time for the big struggle, and in consequence no comparison could be made between the two teams.

Promptly at 1:45 pm the North Tonawanda eleven, accompanied by about thirty rooters left their hotel and proceeded toward Woodward Avenue with the High School colors floating defiantly in the wind.  The grounds were reached and Coach Hinkey soon had them doing practice work.  It was two hours later before the representatives of Madison put in an appearance.  North Tonawanda was the first to enter the field, which was in excellent shape, being free from snow.

Soon Madison came on the field, and it could be seen at a glance that the Madison boys outweighed Tonawanda.  Their average weight was 165 pounds to a man, and the North Tonawanda eleven averaging only 138 pounds.

From the beginning of the game to the call of time in the last half, the fiercest struggle ever seen on the local gridiron was witnessed.  Time and time again men on both teams were laid out.  Soon the ball was in Tonawanda’s 5-yard line, and with a center rush Madison landed the pigskin behind the goal for a touchdown.  But Rowell of Madison, failed to kick the goal.  Score- Madison 4, North Tonawanda 0.

Again Billinger of Tonawanda, kicked off, landing the ball on Madison’s 25 yard line.  Conlin got it but was downed by Billinger.  Madison sent the ball through for three yards.  Tonawanda began to pull together and by stubborn work, which disabled a few of their men, held Madison down and at one time drove Madison back for a loss of five yards.  But again Madison tried her mass plays and steadily gained until the pigskin was on Tonawanda’s 3-yard line, but by plays which brought forth applause from the spectators, drove Madison back and gained the ball on downs.

By a few beautiful end plays Wallace went around the left end for gains.  But superior weight overcame and North Tonawanda was unable to withstand the terrible mass plays of Madison and slowly but surely it began to tell and the result was foreshadowed.

Billinger of Tonawanda kicked off at 3:25.  Ball went to Madison’s 25-yard line, where Donkle was downed by Ferris.  Rapid playing was now introduced and Madison went through the center for two and five yards respectively, when Haight of Madison lost the ball in a bad fumble.  It was now Tonawanda’s ball, but the lumber city lads could not buck Madison’s line and lost it on downs.

Madison by a mass play went through for five yards and Roys of Madison went around right end for a gain of eight yards, laying out Ferris and Gray of Tonawanda by excellent interference.  Slowly Madison gained upon Tonawanda’s goal and it looked as if the Tonawanda boys could not stand up under the heavy plays.  At this juncture Gray and Ferris mad a double pass and Grey went around the right end for fifteen yards, but Billinger by a bad slip lost the ball to Madison.  Time was called for first half with ball in Tonawanda territory.  Score Madison, 4; Tonawanda, 0.

Coach Hinkey again took the North Tonawanda eleven in hand and tried to impress upon them how they should play to win, but in the second half it was readily seen that they couldn’t win and Madison came up with renewed vigor and The North Tonawanda boys could not resist their mass and end plays.  Soon two more touchdowns were made, when time was called.

The feature of the game was the excellent playing of Rowell, Rathbun and Curtiss of the Madison eleven and Billinger, Wallace, Ferris and Gray of North Tonawanda. 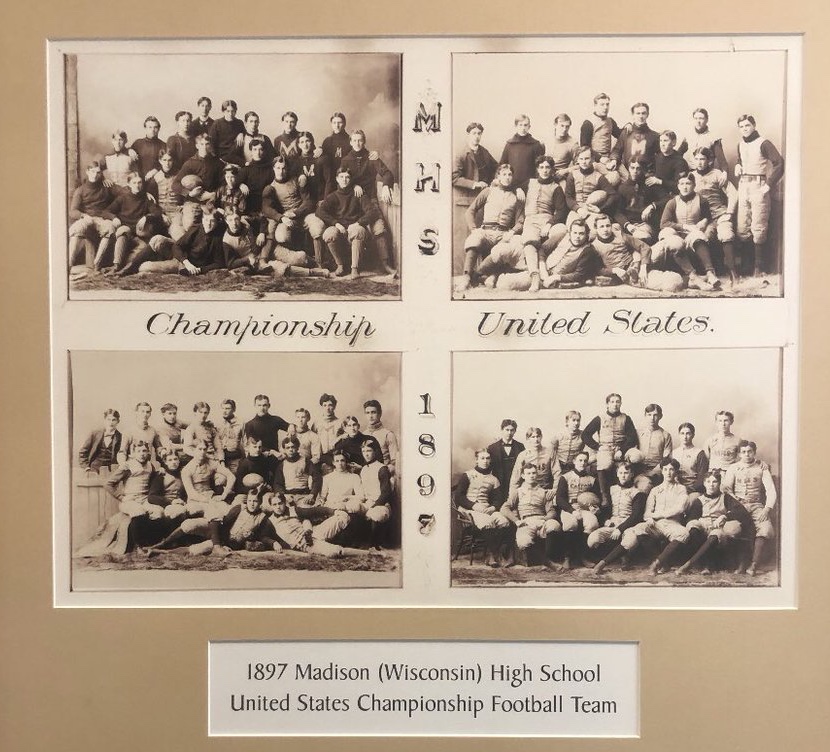